The kind that goes on a ship that is. I've been working on my Aeronef French. Boy, do they need a lot of work let me tell you. They've been tricky to mount on the flying stands. Plus, I've had to replace some tail fins due to minor miscasts. The biggest problem is that the bridge of one of the ships ended up missing. Only thing to do was to build a new one!

Here's what this particular class of Aeronef should look like: 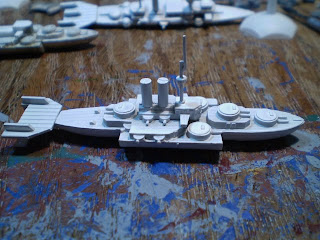 This is what I had: 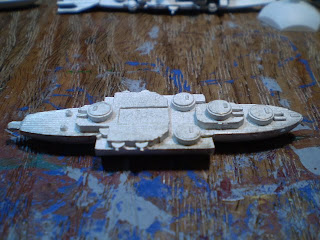 Now, I started this willy nilly. About at this stage, I had me a thought. I thought, "Hey! I could put this on my blog." I started taking pictures. What these poor quality pictures should show you is the beginning of the bridge. I built it up using strips of styrene sheets glued together in layers. Does that make sense? The decking was made with a textured styrene sheet. The layers of styrene created a striated effect which needed to be smoothed out and hidden. I used some pro-create putty to do that and filed it smooth after curing: 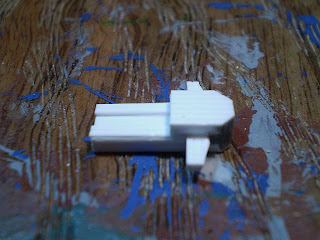 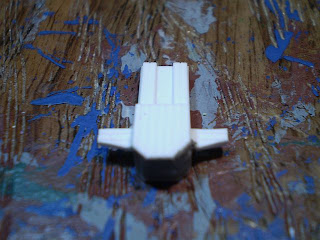 Next, I cut little "windows" from a thin strip of styrene (not thin enough if you ask me but it was all I had). I then glued them to the appropriate spots: 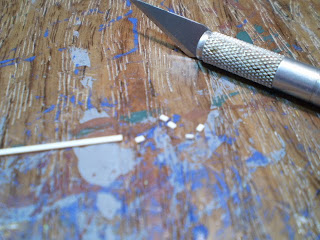 This is the bridge with windows and smoke stacks, glued on to the superstructure: 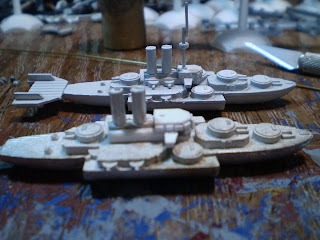 Then, I cut up some round bits of sprue to use as gun sponsons and attached them: 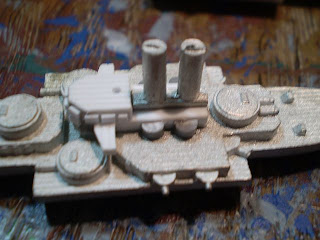 The finished product. The guns were made from spare masts from other ships. I first thought to use brass wire but the lead was easier to work with: 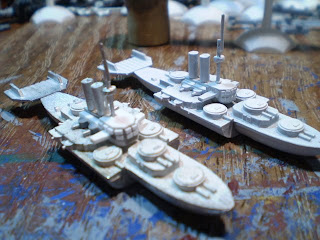 Guess I'll need to paint them now.
Posted by Garry at 4:17 PM