Or should I say, Dampfpanzergrenadiertruppautomaten menace?

Presenting my newly painted steam automatons from Ironclad Miniatures. You can see that they are being escorted by engineers whose task is to direct, maintain and help defend the automatons. 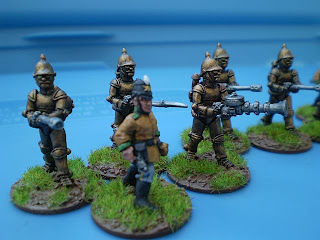 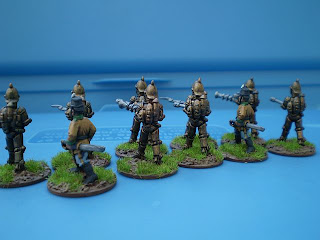 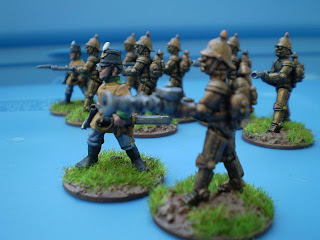 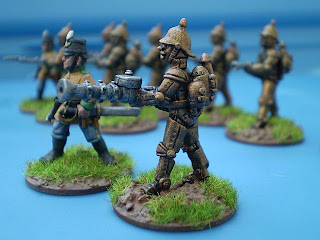 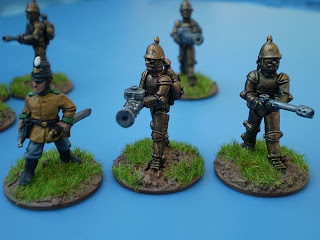 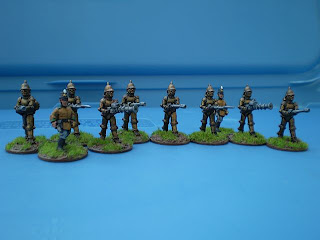 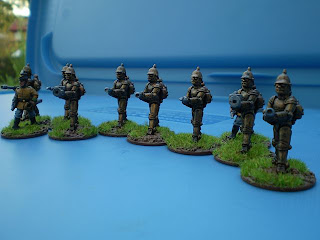 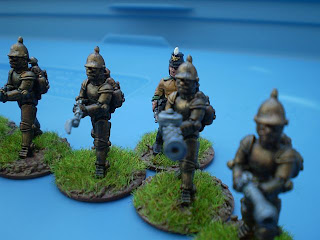 Long time since the last posting, eh? It's not as though I haven't been doing anything with my miniatures or gaming or anything like that. I just haven't been able to finish anything worth posting for a while now. Keep starting on something only to move on to something else before finishing. I knocked these together in three painting sessions. Of course, it's a pretty simple paint scheme.

I'll see if I can bash together some game stats for these guys using Vor. Maybe I'll even use the robot rules from Rogue Trader era 40k.

Next up, who knows? Maybe I'll have some dismounted hussars painted up. How about the Bavarians I almost have finished?