Got some more pictures.

Here are two units of cavalry for my German forces. The miniatures are from Foundry Miniatures and while I have mounted hussars, I'm still looking for affordable mounted dragoons (it would cost me close to $90 to get nine from FM, ouch). 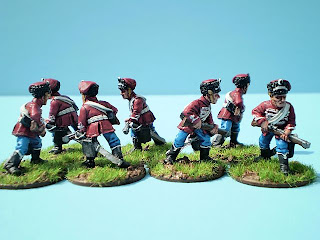 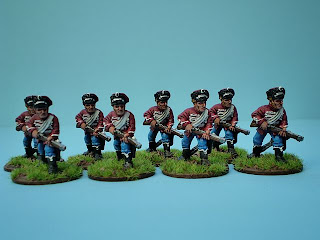 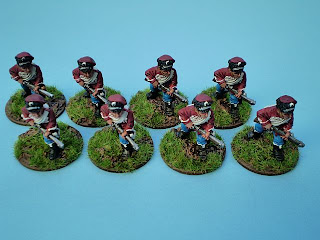 Before painting the hussars, I'd picked the colors on a whim. Then I found out which regiment they belonged to. Turns out, as of 1889, the regimental commander is none other than Edward VII, Prince of Wales. Talk about awkward if they ever end up fighting any British. 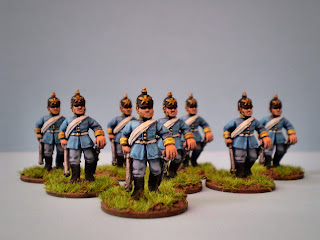 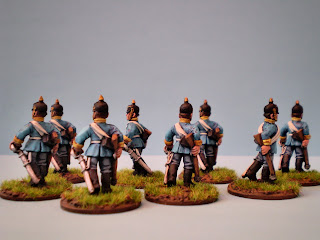